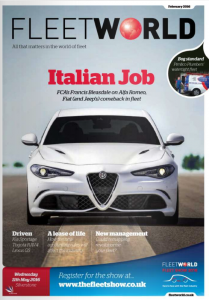 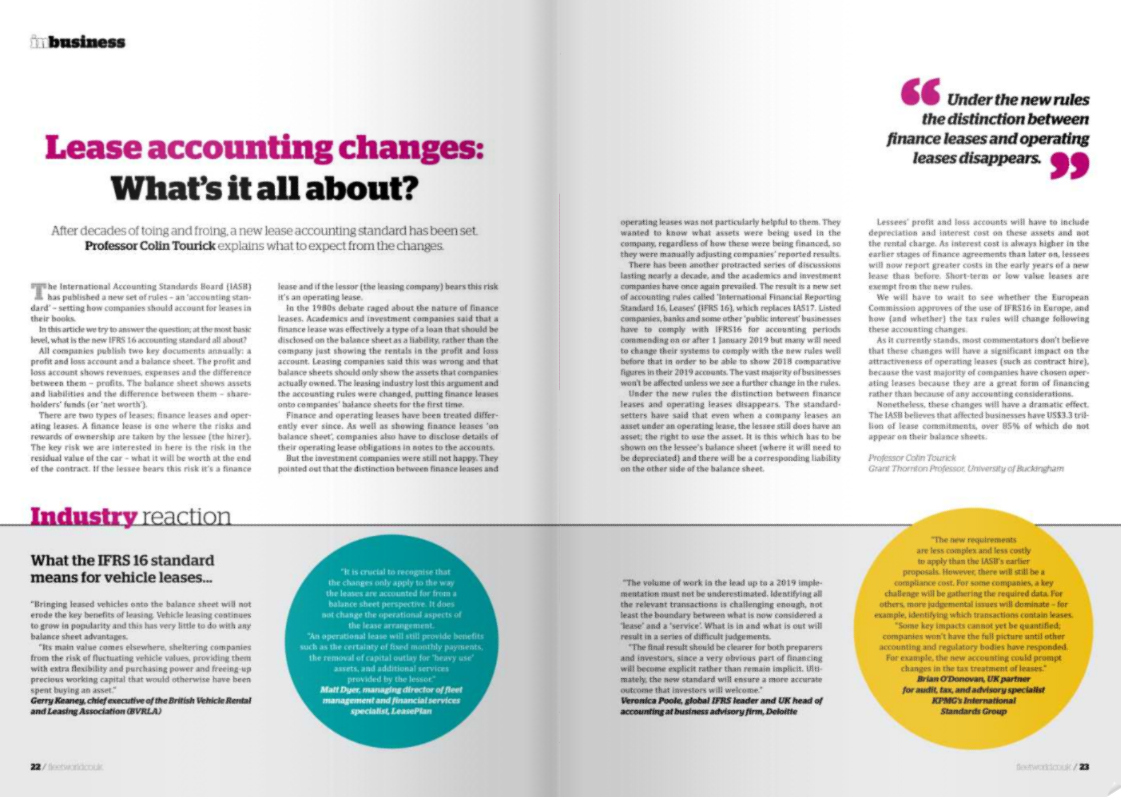 The International Accounting Standards Board has published a new set of rules – an “accounting standard” – setting how companies should account for leases in their books. This standard has been nearly a decade in the making, though the need to change lease accounting has actually been on the radar of investment companies and academics for more than thirty years.

The business and trade press has been full of articles discussing how these new rules will affect companies’ reported results and the overall attractiveness of leasing.

In this article we will take a rather simpler approach and try to answer the question; At the most basic level, what’s this all about?

All companies publish two key documents annually: a profit and loss account and a balance sheet. The profit and loss account shows revenues, expenses and the difference between them – profits. The balance sheet shows assets and liabilities and the difference between them – shareholders’ funds (or ‘net worth’).

In the 1980s there was a debate between academics, investment companies and the leasing industry about the nature of finance leases. The academics and investment companies said that a finance lease was effectively a type of a loan that should be disclosed on the balance sheet as a liability, rather than the company just showing the rentals in the profit and loss account. The asset should be shown on the balance sheet as if the company had bought it and used a loan to finance it. The leasing companies said this was wrong and that balance sheets should only show the assets that companies actually owned. The leasing industry lost this argument and the accounting rules were changed in the UK (Statement of Standard Accounting Practice 21) and then internationally (International Accounting Standard 17), putting finance leases onto companies’ balance sheets for the first time.

Finance and operating leases have been treated differently ever since. As well as showing finance leases ‘on balance sheet’, companies also have to disclose details of their operating lease obligations in notes to the accounts.

But the investment companies were still not happy. They pointed out that the distinction between finance leases and operating leases was not particularly helpful to them. They wanted to know what assets were being used in the company, regardless of how these were being financed, so they were manually adjusting companies’ reported results.

Their argument went something like this. Imagine two identical companies that operate in the same market and use the same assets acquired at the same time. Company A buys its assets and funds them by borrowing money from the bank. It makes monthly loan repayments and then repays a lump sum after a few years when it sells the assets. Company B leases its assets from a leasing company, makes monthly payments and then hands back the assets at the end of the lease. The cash flows of these two companies could in fact be identical, but under the current rules Company A shows these assets on its balance sheet and Company B doesn’t. If an investment analyst wants to see which company is making best use of its assets they calculate ‘return on assets’. Company B will have fewer assets on its balance sheet so its return will look higher. So to get a realistic picture the analyst will have to trawl through the notes and try to work out a value for the assets.

There has been another protracted series of discussions about lease accounting lasting nearly a decade, and the academics and investment companies have once again prevailed. The result is a new set of accounting rules called “International Financial Reporting Standard 16, Leases”, which replaces IAS17. Listed companies, banks and some other ‘public interest’ businesses have to comply with IFRS16 for accounting periods commending on or after 1 January 2019 but many will need to change their systems to comply with the new rules well before that in order to be able to show 2018 comparative figures in their 2019 accounts. The vast majority of businesses won’t be affected unless we see a further change in the rules.

Under the new rules the distinction between finance leases and operating leases disappears. The standard-setters have said that even when a company leases an asset under an operating lease, can never own that asset and doesn’t do anything other than pay rentals then hand the asset back at the end of the contract, the lessee still does have an asset; the right to use the asset. It is this which has to be shown on the lessee’s balance sheet (where it will need to be depreciated) and there will be a corresponding liability on the other side of the balance sheet.  Lessees’ profit and loss accounts will have to include depreciation and interest cost on these assets and not the rental charge. As interest cost is always higher in the earlier stages of finance agreements than later on, lessees will now report greater costs in the early years of a new lease than before.

Short-term or low value leases are exempt from the new rules.

The review of lease accounting was a joint exercise between American and international standard-setters, but they could not agree on some points so it is likely that once the US Financial Accounting Standards Board publishes its new standard this will differ from the international standard, adding a degree of complexity for international groups quoted on multiple stock exchanges.

We will have to wait to see whether the European Commission approves of the use of IFRS 16 in Europe, and how (and whether) the tax rules will change following these accounting changes.

As it currently stands, most commentators don’t believe that these changes will have a significant impact on the attractiveness of operating leases (such as contract hire), because the vast majority of companies have chosen operating leases because they are a great form of financing rather than because of any accounting considerations.

Nonetheless, these changes will have a dramatic affect. The IASB believes that affected businesses have US$3.3 trillion of lease commitments, over 85 per cent of which do not appear on their balance sheets.